We have spent the last number of months as an elder team praying over and working through a list of qualified men who God might call to enter into the confirmation process to serve as an elder in this next season. Two current elders, Bryan Kavanaugh and Ric Sieben, are finishing their terms of service and rotating off the team at the end of the year.
We believe the Holy Spirit has led the elder team to invite two men - Chuck Stovall and Randy McLelland - to enter into this confirmation process. Please read their bios below.
The elders have worked through an extensive vetting process with these candidates and their wives, and have found them to be qualified men - and both are willing to serve in this way.  There were no character concerns expressed regarding either Chuck or Randy during the recent two-week congregational vetting period.
A congregational vote for members took place between October 28 and October 30. The results will be announced via email and in next weekend's worship services.
Thank you for praying for these two men, and for our church, as we seek the direction of the Holy Spirit in this confirmation process. 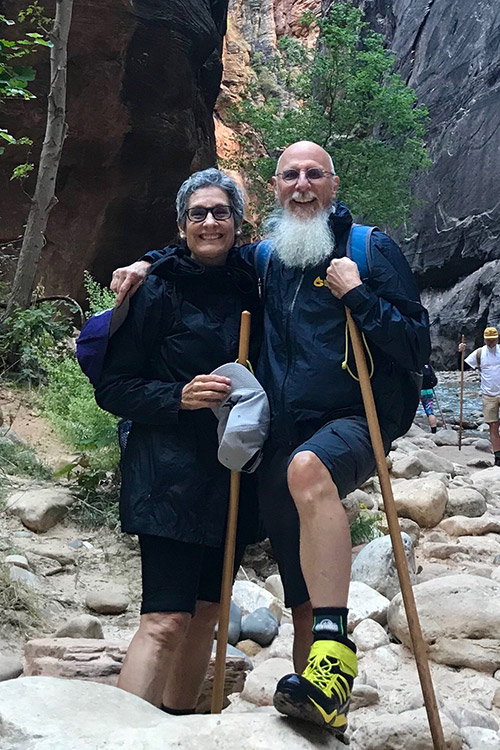 I grew up in a Christian home where faith in Christ was the cornerstone for our family. Mom’s dad was a preacher.  Dad was an Deacon or Elder in our church for most of my memory.  If the doors were open, we were at church, every Sunday morning, evening and Wednesday night prayer service, as well as regular Gospel meetings, youth gatherings and summer Bible Camp.  Nevertheless, despite hearing the “Gospel Invitation” literally thousands of times, I struggled to commit my heart.  I remember clearly the internal debate at each service.  In my senior year of HS, due to the influence of some friends and youth leaders whom I admired and respected, I humbled myself and ask Jesus to be my Lord and Savior.  I’ve not looked back.  I have served for many years at our church in California in set-up, worship, small group, Elder, etc.  I’ve continued to serve in similar ways since we came to Tri-Lakes Chapel/TAC about seven years ago, specifically leading a Base Camp and serving on worship team. LaNell and I both approached our professional lives as our ministries, working in public schools.

I’ve been married to LaNell for 47 years.  Our marriage is not perfect, but together we continue to work and learn and grow.   We have three wonderful children and eight awesome grands.  Jesse is married to Jennifer and they have six children aged 15 - 21 including two they adopted from Ukraine about 2 years ago.  Jesse and Jenn met in a Christian music ministry and they along with most of the kids are very active in worship leading in the DC area where they live. Our middle child and only daughter is Sarah.  She is married to Josh and they live in Monument with their two kids and they worship at Woodman Valley Chapel.  Finally our amazing youngest son Sam lives in Heaven.  Sam went home in 2006 and was a shining light for Jesus during his all-to-brief time on this earth.

Semi-retired now, I spent nearly all of my professional life as an educator.  I taught 10 years, served as a counselor 3 years, assistant principal 6 years and a principal 17.  I’m now in my third year of retirement but continue to serve LP38 as the administrator for our Home School Enrichment Academy. 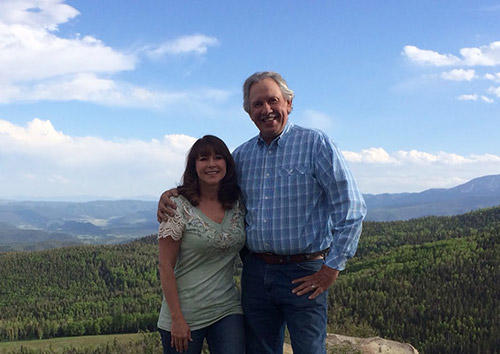 I prayed that prayer ten months after my first wife, Robbie, passed away after a 21 year battle with lupus. We had been married thirty-three and a half years and had two children.  Two months after that prayer, as I was sitting at my computer, it was if the Lord verbally spoke the name “Julie Walker” to me.

Kevin Walker, whom many of you remember from his time as Worship Pastor here at Tri-Lakes Chapel, and I were good friends in ministry back in Texas during the late 80’s.  We served in different churches in the small, cotton-farming community of Haskell during that time and did many ministry events together.  I didn’t really know Julie.  I would typically only see her during the days of youth camp when she would serve as sponsor for their church’s girls.  I had followed Kevin’s battle with cancer and knew of his passing --- exactly nine months priors to Robbie’s death.

I sent Julie a note on Facebook, and soon we enjoyed our first conversation in twenty-three years! A couple of months later I was invited to come to Colorado for a visit.  I gladly accepted.  Following that visit, Julie and I dated for a year and a half.

I was pastoring the church I started in 2003 in Glen Rose. Prior to that I had served as youth minister for thirteen years.  In 2013, I resigned my pastorate and married Julie on September 6th that year.

My daughter Rachael lives in Jacksonville, Florida with her husband Michael and two of our grandsons, Grant and Gryffin.  My son Reid lives near Houston with his wife Brittany and our other two grandsons, Atticus and Pierson.